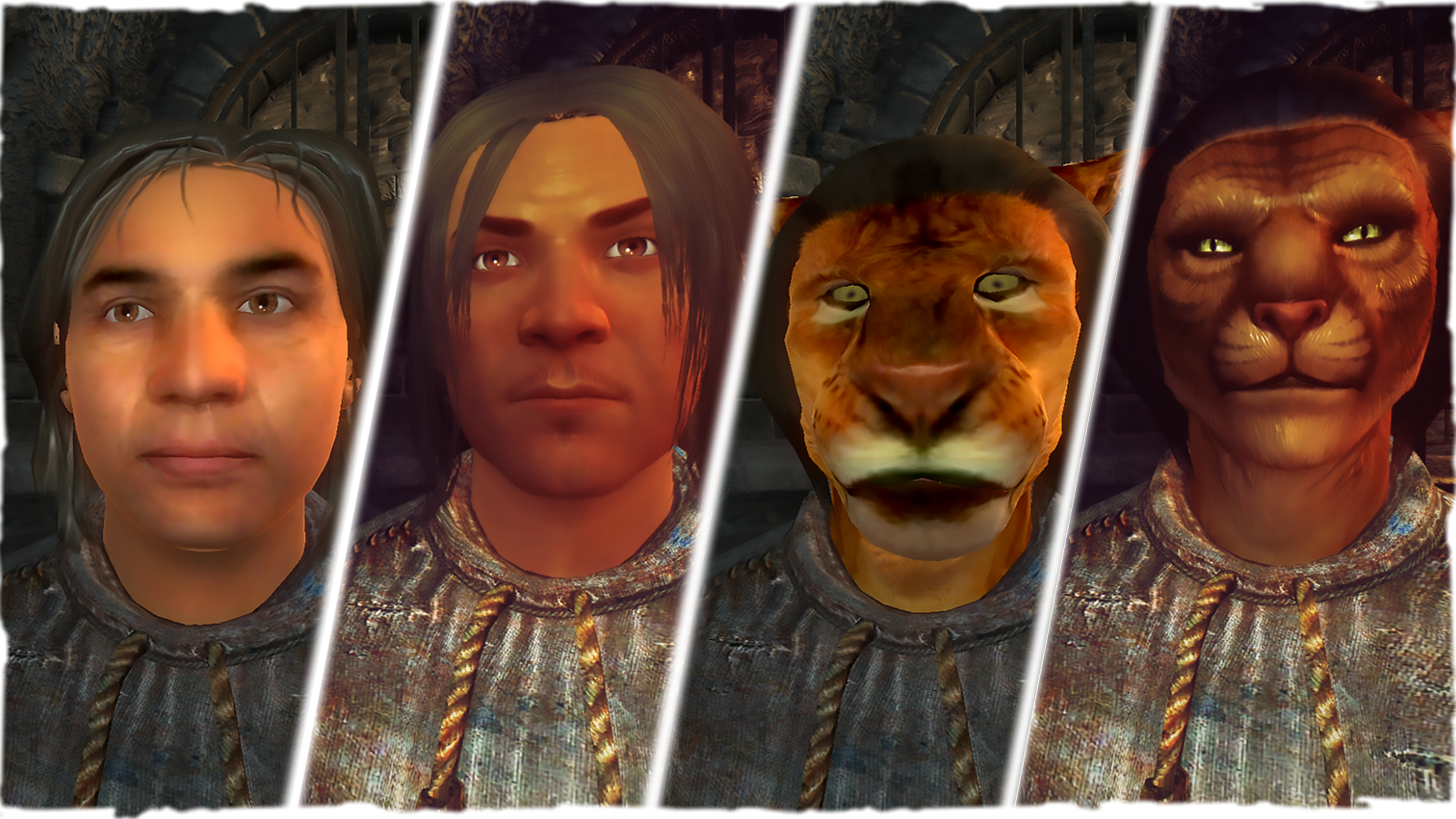 One of the most noticeable changes is to the appearance of the characters. As shown above, the texture quality has been improved by a lot and this makes talking to NPC's and taking screenshots a more pleasurable experience

The lighting mod has made an enormous change to the way light shines and its color quality. Once you combine this with high quality textures as seen on the wall and house, you can get some amazing visuals

The night-sky is far more vibrant and dynamic with the changes to lighting and textures. Exploring at night with a torch can be dangerous but it looks very nice

The new lighting and textures make the world look great, but new additions provided by mods make the world seem busier and realistic. The streets in the Imperial City are greatly enhanced with better cities as seen in the photo above

The landscape is complemented well by the changes to light and water, but even things like equipment have a noticeable improvement that greatly changes the way everything looks overall

Interiors benefit greatly from things like depth of field and the other improvements to the game. As seen on the right, armor has also had a lot of advancements of quality and appearance as well

Dungeons and forts received a face lift also, which is improved by the lighting as well. Things like staves also now have variety based upon which enchantments it has so now there is variety in the weapons you choose